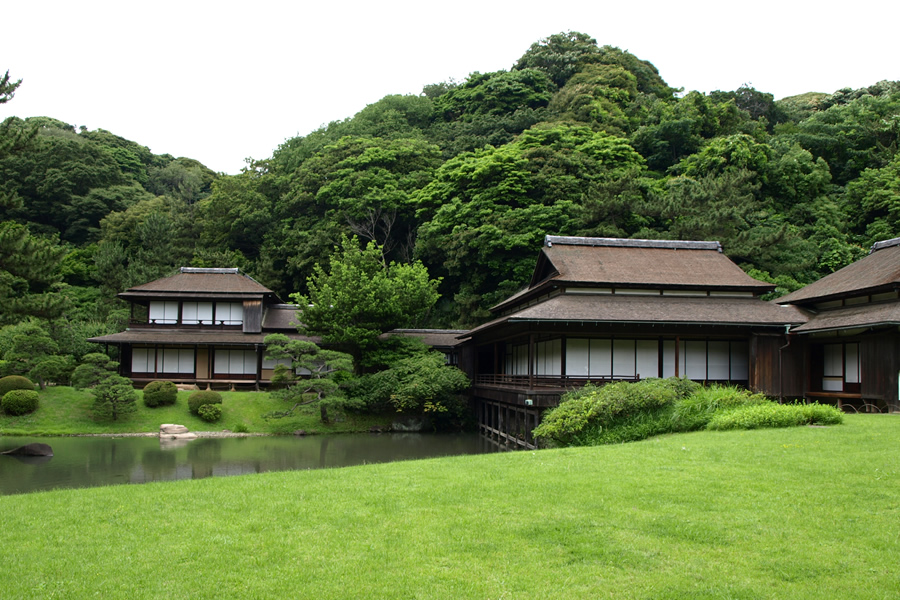 Built in Wakayama Prefecture, south of Osaka, in 1649 as a residential villa for the Kii branch of the Tokugawa clan, the leaders of samurai from the 17th to the middle of the 19th century, the three structures were later moved to Osaka City, and eventually relocated to Sankeien, where the rebuilding was completed in 1917. At that time, the shapes of the roofs and the placements of the buildings were altered. The interiors, however, remained as they were, including fusuma sliding doors decorated by famous artists of the Kano school, as well as fine ornaments in the teahouse style. Positioned individually along the pond, yet connected, the three serve as the central feature of the inner garden.