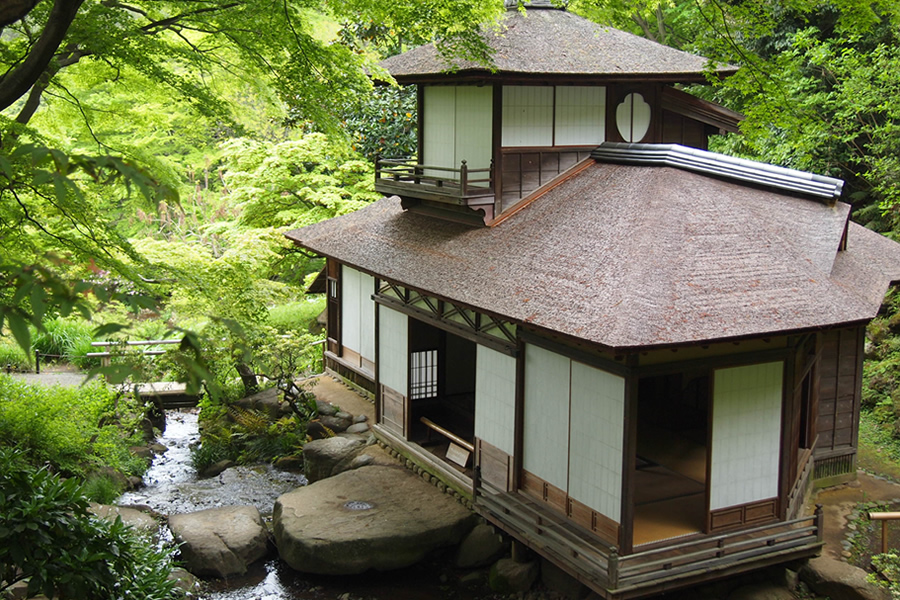 This building is believed to have been constructed on the premises of Nijojo Castle in Kyoto in 1623 by Tokugawa Iemitsu, the leader of samurai in the early 17th century, when he went to Kyoto to assume his role as formal head of the shogunate, and was later given to his wet nurse, Lady Kasuga. Its relocation here in 1922 marked the completion of Sankeien.

The building is architecturally unique in that three different roof styles are utilized. Hara Sankei included the Chinese character for “autumn” in its name, signifying its status as an excellent place to appreciate the season’s colorful leaves. The unusual construction of the main entryway, built one level lower and floored with wood tiles, suggests that it was a landing where people could alight from pleasure boats.