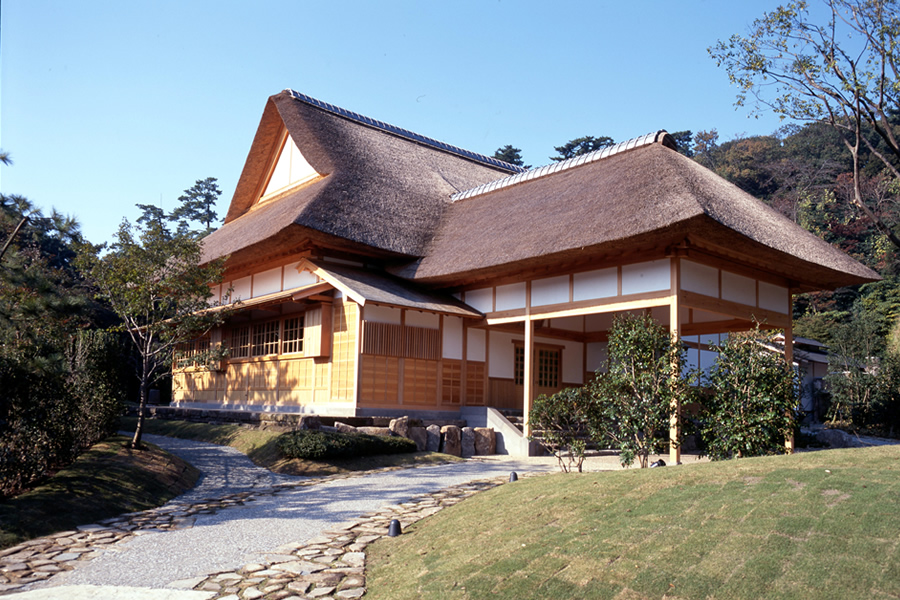 This is the largest building in Sankeien, with a total floor area of 950 square meters. The name “Kakushokaku” comes from its exterior appearance suggestive of a flying crane.

Built in 1902 by Hara Sankei as his residence, it marked the start of development of Sankeien over the following twenty years.

Sankei was also known as a collector of Japanese and other Asian art. American industrialist Charles Freer and Austrian historian of Asian art Adolf Fischer were among many who visited from overseas to appreciate Sankei’s art collection.

Although the building was remodeled after the Great Kanto Earthquake in 1923 and again after World War II, it was returned to its original 1902 design in 2000.