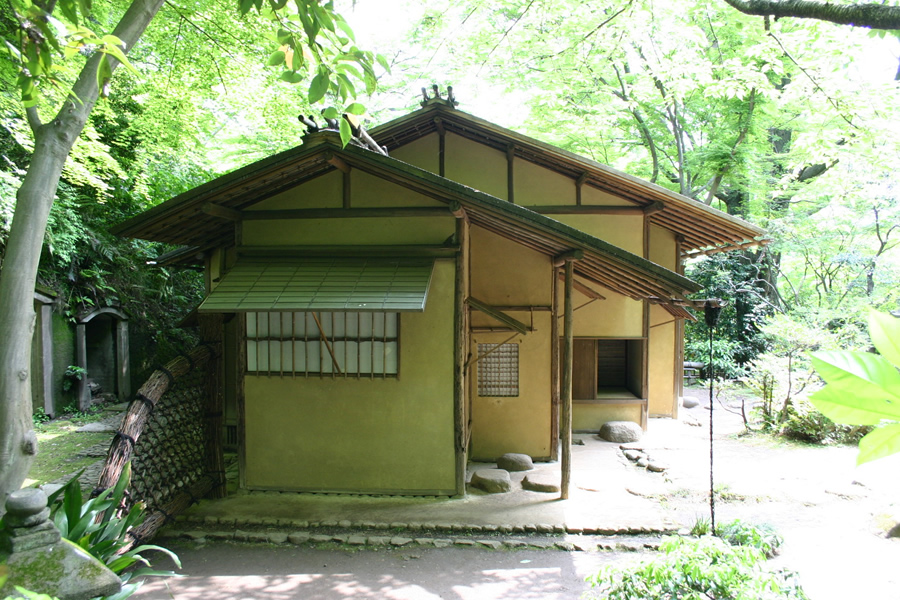 The tearoom (the smaller room) is believed to have been built in the early 1600s by military commander Oda Nagamasu (brother of Oda Nobunaga, the leader of samurai in the late 16th century), also well known as a practitioner of the tea ceremony, in which he was known as Oda Uraku. It was rebuilt in Sankeien in 1922 after being moved with Gekkaden from the Konzoin branch temple of Mimurotoji Temple in Uji City, Kyoto. It sports nine beautifully arranged windows around a cozy space of seven square meters. The larger room and structures other than tearoom were added after it was relocated here.