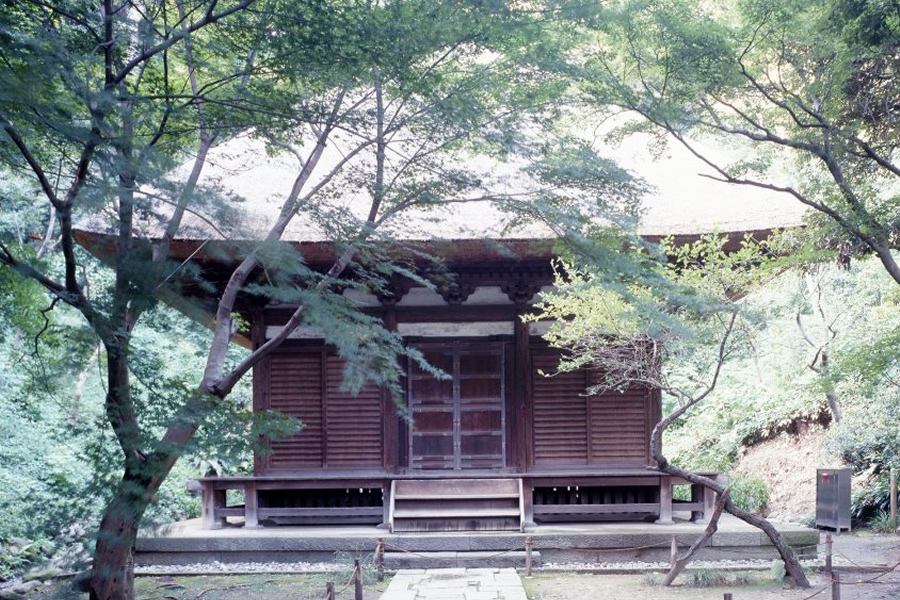 This Zen Buddhist hall was constructed on the premises of Shinpeiji Temple, near Kenchoji Zen Temple in Kamakura. According to records found during its repair, it is believed to have been built around 1651, in the Edo Period, but it has some features that suggest it may have been built earlier.

The hall was moved to Sankeien in 1916 for enshrinement of the ancestors of the Hara family.