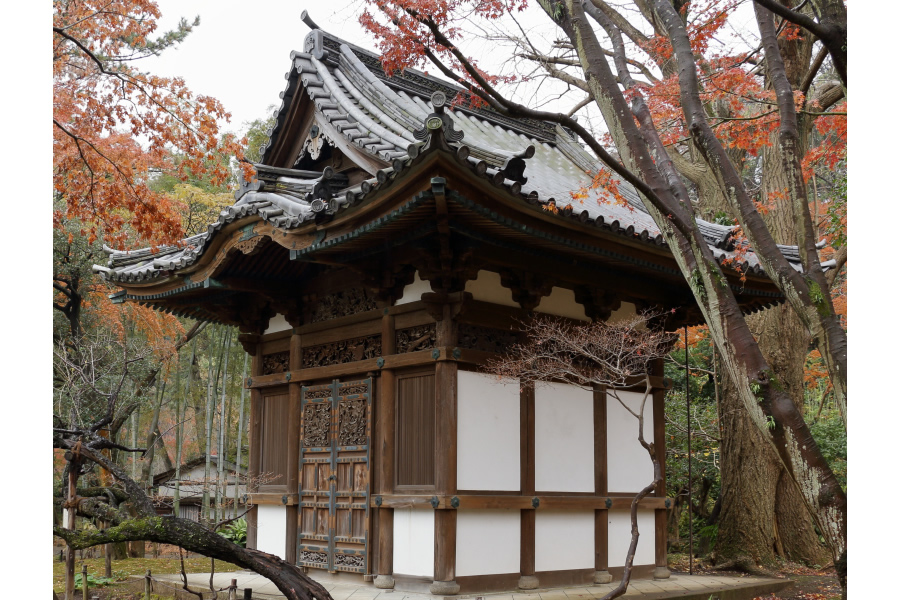 The hall was originally constructed in 1591 by Toyotomi Hideyoshi, the leader of samurai at the end of the 16th century, to cover a juto, a stone monument signifying his wish for health and long life for his mother. The engraved doors, pillars and other parts were colorfully painted originally, but only hints of that remain.

The Tenzuiji Temple stood on the premises of the Daitokuji Temple in Kyoto, but was abandoned in 1874.

The hall was moved to Sankeien in 1905, the first relocated building in the inner garden.