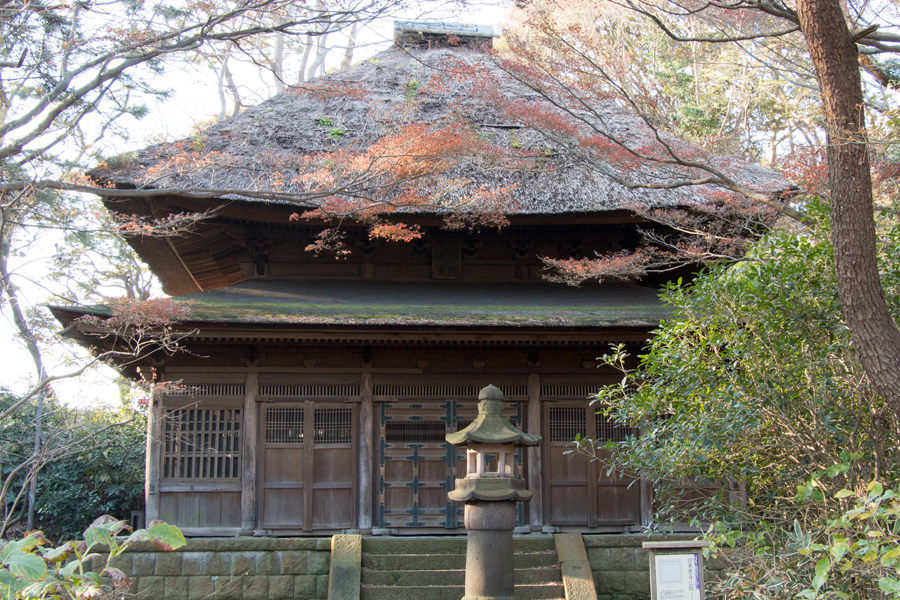 This Butsuden, a place of worship housing a Buddhist statue, was originally at Tokeiji Temple in Kamakura. Tokeiji was known as an enkiri-dera, a temple sheltering abused women. It is believed to have been built c. 1634.

By the latter part of the 1800s, it had become difficult to maintain the structure and it was relocated in 1907 to Sankeien. According to records left in the building by Hara Sankei, it was used at Sankeien as a place where Buddhist priests could preach to the public, and it was moved to Sankeien to protect the garden from misfortune.