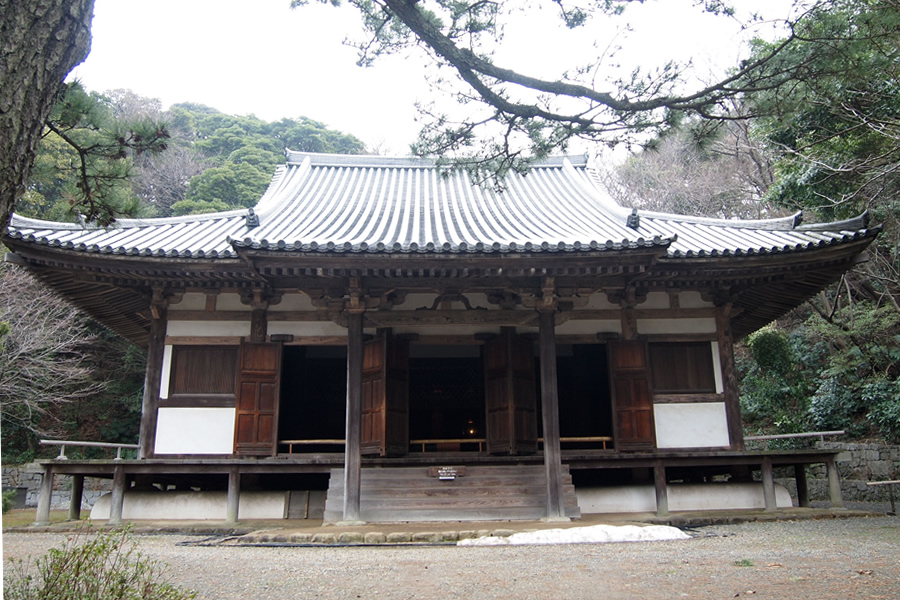 Since its construction in the mid-1500s at Tomyoji Temple in Kizugawa City, Kyoto, the hall was the central part of the temple, with a Buddhist statue, the principal object of worship, enshrined there. It was damaged by a typhoon shortly after World War II and had been left disassembled after that. In 1987, it was relocated to Sankeien, as the Three-Story Pagoda from the same temple had been in 1914.

The hall underwent major changes in the course of its history. When it was relocated to Sankeien, it was completely restored to its original form.