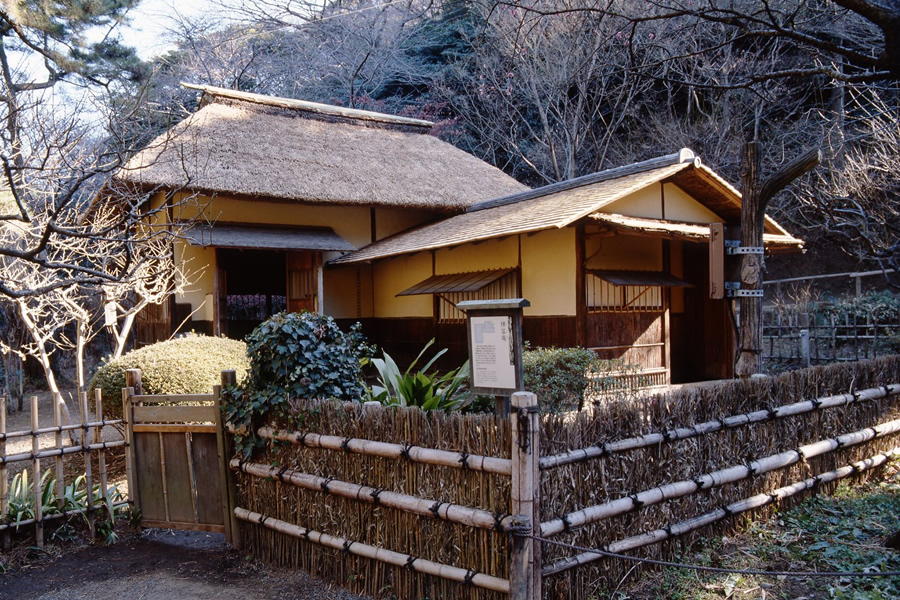 This country-style teahouse features an unusual combination of a thatched roof and a shingled roof, and its name comes from a statue of Yokobue that used to be kept inside it. Yokobue was a woman who appears in Heike Monogatari (Tale of the Heike), a historical epic compiled in the early 1300s. The story of Yokobue and her tragically thwarted love for samurai Saito Tokiyori is well known.

It is said that the paper statue of Yokobue was made by Yokobue herself, using love letters from Tokiyori. Because it was believed to bring good luck to couples, many people visited the house to wish for a successful marriage. The statue was destroyed by fire during an air raid in World War II.